It's hard to believe it has been two years since the publication of Headwinds, a memoir by Edna Bell-Pearson.

Today we are re-sharing an interview with Edna that was written by our publicist, Linzi Garcia, and first published in the Emporia Gazette.

Headwinds is a 2020 Kansas Notable book.

“When World War II makes her way to southwest Kansas, Edna Bell-Pearson’s life is forever changed,” the book description reads. “After meeting the man who is to become her husband — a pilot stationed in her hometown of Liberal — Edna moves to the opposite corner of the state. She is instrumental in starting what will become the Marysville Municipal Airport.”

The book revolves around aviation history in Kansas, and it is also important to note that it is a book about a headstrong woman making unprecedented strides in an industry saturated with men, as was common for the time.

“She was not your traditional 1950s housewife,” Meadowlark Publisher Tracy Million Simmons said about Bell-Pearson. “That airport would not have happened, in my mind, if she hadn’t been there, because she was out there with her husband working 24/7.”

Not only did Bell-Pearson help establish and run the airport; she also learned how to fly. 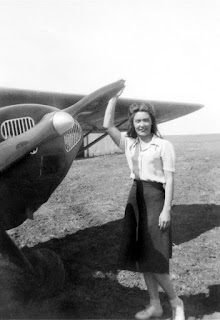 “I liked flying lower to enjoy the view of the countryside,” she writes in “Headwinds.” “Once airborne, I leaned back and looked about savoring the beauty of the rolling green hills, the river with its border of green trees and shrubs, winding through the valley; the lush fertile land planted with various crops.”

It wasn’t long ago that air travel was fairly inaccessible to the public. The evolution of flying has been turbulent, and Bell-Pearson is here to share those emerging and expanding times. The book captures the excitement of air travel; people would go to the airport on Sundays to watch the pilots take off and practice flying. Bell-Pearson also organized Flight Breakfasts, where people would fly to cities in surrounding states, have breakfast, and fly back.

The fascinating narrative and Kansas theme helped land this book as one of 15 on the 2020 Kansas Notable Books list this summer. Simmons and Bell-Pearson are both ecstatic about the win. Simmons was familiar with Bell-Pearson prior to this book and said Bell-Pearson’s writing captured her voice well. 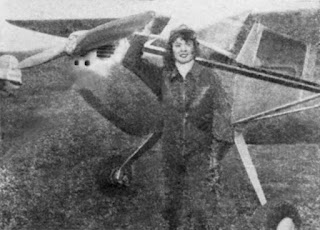 “I’ve known Edna’s name probably most of my life,” Simmons said. “When I was a kid in Dodge City, she wrote a column for the Dodge City [Daily Globe].”

Now, at 99.5 years old, Bell-Pearson continues to share her voice through writing. She said writing is a “way of life” for her and simply just what she does. Ever since she was 5 years old, she has not stopped writing.

“I just write what I feel like,” she said, adding that she highly encourages anyone who is interested in writing to jump in and just write.

When asked about the reason behind writing “Headwinds,” Bell-Pearson said she had to write about something and thought someone might be interested in this story. She recognizes the historical importance of the book and her unique perspective among it all. Being a memoir, Bell-Pearson’s voice is sincere and strong. 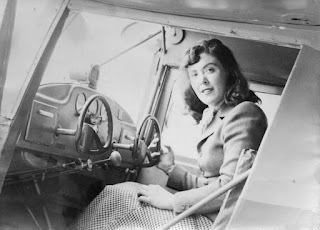 “As they (bomber pilots) posed — stiffly and self-consciously, so the camera would capture the highly polished wings and the bars newly-pinned to their uniforms — I always felt a little sad,” she writes. “Soon they would leave for duty overseas, a new detail of bright young faces would appear, and the cycle would be repeated.”

In “Headwinds,” it is noticeable that everyday observations and experiences play a large part in the story. Being a close observer and a thinker helps writers be writers, Bell-Pearson said. The things other writers notice always strikes her.

Edna Bell-Pearson passed away on January 22, 2021, at the age of 100 and 44 days. Her book remains available in the Meadowlark bookstore and anywhere that you buy books. 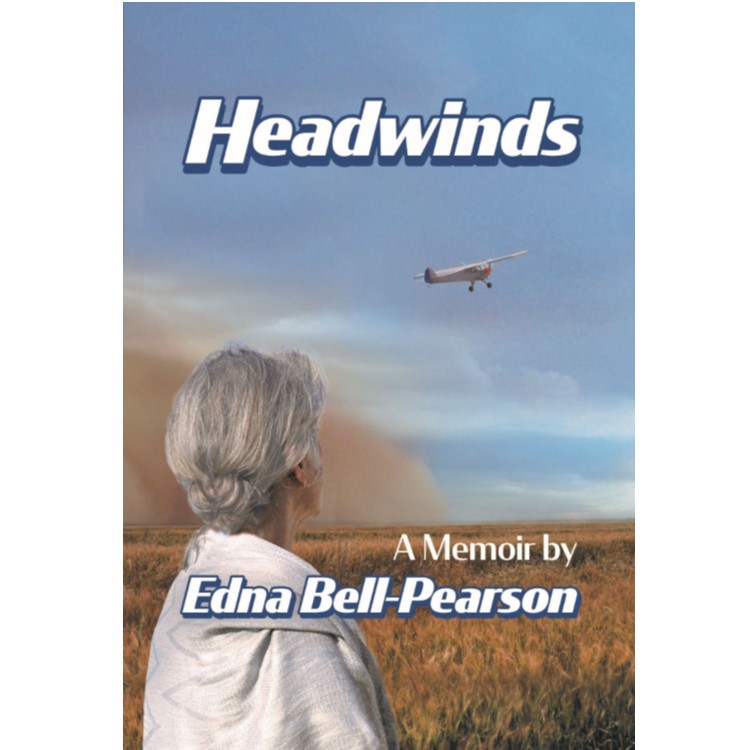 Headwinds, A Memoir by Edna Bell-Pearson