Birdy contest has us feeling good, how about you? -- JC Mehta Selected Poems Introduction 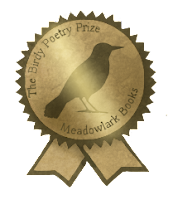 The 2021 Birdy Poetry Prize contest is underway! We are thrilled to see submissions rolling in and encourage you to keep them coming.

Our 2020 Birdy winner is JC Mehta, who kindly shared Selected Poems: 2000-2020 with Meadowlark --the manuscript chosen by judge Stanley E. Banks. To get you as excited as we are about Birdy, we would like to share with you the introduction to Mehta's book, written by curator and editor of the collection, Brenna Crotty.

"JC Mehta will tell you exactly who she is.

"In 2018, while working on a collaboration between CALYX Journal and Cordella Magazine, I was lucky enough to get to reprint one of Mehta’s poems, “Recipe for an Indian.” The very first line demanded How much Indian are you? and in the same line retorted All of it. The poem itself—short and vivid—braided together an identity built on hunger, desirability, trauma, family, and yearning. I knew absolutely nothing about JC Mehta as a person, but I suddenly felt like I had a very clear window into who she was in only nine lines.

"So when Mehta reached out and asked me to curate this collection from twenty years of her work, I had to say yes. Her poetry invited me into experiences both similar and wildly different from my own with humor and a complete lack of self-consciousness. With sharp and incisive language, each piece provides an immersive moment, inviting the reader into the experience of growing up half Cherokee, of self-harm and losing friends, of teaching and aging and loving and living in the Pacific Northwest. Nothing is veiled, nothing is alluded to, and her humor is ever-present, wry and witty. Any writer who begins a poem with My psychologist says (don’t you love when poets start like this?) has levels of self-awareness and genre savvy that speak to years of dedication to identity and craft.

"I have a great admiration for Mehta’s style of poetry because I have always had a soft spot for writing that is unafraid. Occasionally brash and belligerent, occasionally tired and defeated, every poem is refreshingly honest in its self-reflection, each one adjusting a new shard of identity, large or small, to provide a glimpse at a deep and complex life. Mehta’s focus is most often on the self: one’s body, bloodline, trauma, relationships, and place in the community. In “Place Settings,” the very second poem in this collection, she tells the reader: All my family’s dead so nobody’s / left that knows there’s an Indian / girl with a sick head / who grew up poor and sometimes / likes to fuck women gone / and snuck into this little fête. There really isn’t time for florid metaphor when laying bare the self—these poems are written with a knife, not a quill.

"When I received three hundred of Mehta’s poems and was tasked with selecting a third of them for this book, they were sent to me in alphabetical order. Considering many of them are deeply personal and confessional poems, I found it to be a strange and immersive way to construct an image of a life and its histories, one where childhood experiences were fresh and pertinent at any moment in time, where there was no real beginning or end to an eating disorder. In choosing the order of this collection, I tried to preserve that non-linear feeling. I didn’t want to construct tidy trajectories that followed poems from childhood to adulthood, from suicide attempts to recovery, mostly because Mehta’s own poetry largely dismisses such neat lines and parameters. In her poem “Recovery,” she asks, Recover is a funny word, like / what’s buried that needs covering / again? The self is a fractured and complex subject throughout the book, and my hope is that a nonlinear collection such as this preserves the fraught and capricious relationships that we all have to our own changing and evolving identities.

"Instead of a timeline, I focused on the twin centers of Mehta’s work, the I and the you. Her depiction of herself is clear and consistent, told in bold and sometimes lonely strokes, and the introduction of the you changes that dynamic. The you is always the same unnamed figure, a lover or life partner. I want you to be the only one to say my name like it mattered. The body of my pieces I wrote for you (“Let Me Go Quietly”). As the fragments of the I create a clear and vivid picture, there is a beautiful grace in the way Mehta moves her same unsentimental but deeply loving focus to another, the way it begins to encompass a we beyond the I or you. There is a wild serenity that develops within that concept of we, creating a softness even to some of the familiar edges of grief, and that is the movement that I believe is at the center of this collection.

"Perhaps a little confusingly, the poem I selected as the first of the collection is titled “Editor’s Notes,” and I did it because it slyly addressed the questions that I had when I first read through Mehta’s body of work. Did all this really happen, did / those people really die? Did you seriously / try to kill yourself? She already knows the questions you’ll have, and she has ready responses that are all the more satisfying and invigorating for their freshness and honesty. She might tell you something about you, too.

We look forward to reading all the manuscripts to come! Visit BirdyPoetryPrize.com for contest details. To learn more about Mehta, visit thischerokeerose.com/.