Edna Bell-Pearson, author of Headwinds, has many layers. This memoir is a figurative carousel that presents her as the individual, wife, business partner, pilot and writer, among many other things. Primarily, Bell-Pearson is an observer, and she never shies away from trying new things. Check out these excerpts from Headwinds to get a taste of her unique life.

“Being another passion of Carl’s, we went hunting as often as we could get away--even if for only an or or two. My only previous hunting experiences had been riding along with Carl and Ted when they were stationed at Liberal, but Carl insisted I got along.

And so I learned to hunt.

First, I had to be correctly outfitted. Finding the right hunting boot was a problem. My size wasn’t available locally, so we ordered them.

After I’d been equipped with the necessary licenses and proper guns--we hunted dove, rabbits, squirrels, quail, pheasants, and ducks. 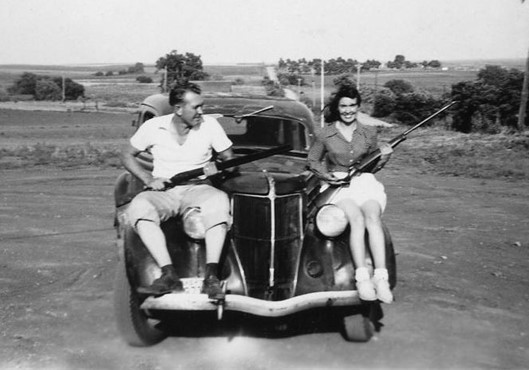 “[Dan] undershot the field and landed in the top of the tallest oak tree in Marshall County.

Uninjured, he climbed down the tree, walked to the nearest house, a quarter of a mile away, and called the airport.

Listening as he related what had happened, I was incredulous.
“Are you all right?” I asked.
“I’m fine,” he replied, unperturbed. “Except I scraped my leg on the tree as I climbed down.”
Thank God! I thought, breathing a sigh of relief.” “What does the plane look like?”
“W-e-l-l--” he replied. “It’s still in the tree.” 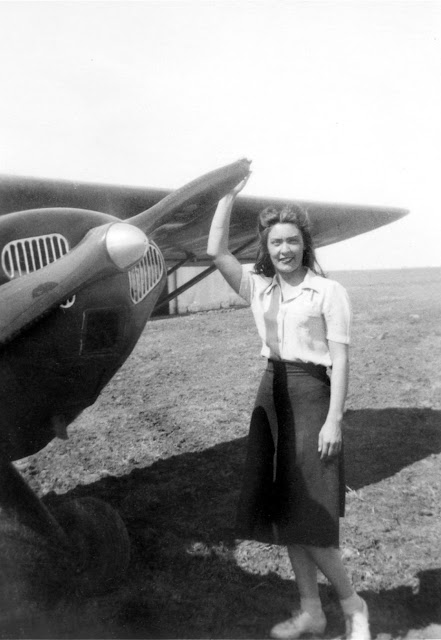 In 1949, my husband, Carl, and I decided to move to Arkansas, take life easy, and “live off the land.” We had been operating a flying service in Marysville, Kansas, since the end of the way, and before that Carl had flown B-24s and B-29s for the Air Corps. I was a photographer.

Next we purchased 100 baby chicks to raise for fryers, and a Guernsey cow named Elsie.

Observing local custom, we planted vegetables again in July, and yet again in September.

Butchering the animals was our most daunting task, but we somehow managed to accomplish it, and we learned to follow instructions accurately to cure hams and bacon.

One thing I never learned to do was build a proper fire. Carl often came into the house at noon to find no meal on the table and me, frustrated and in tears, struggling to get a fire going.

The day The North Arkansas Electric Cooperative crews came through, clearing trees to install poles and string weir, was a memorable occasion. Within weeks we had electricity, and life became easier and much less complicated.

I had never doubted Carl’s ability to master the art of farming, but as I told a friend, “If I can do it, anyone can!”