Songs for My Father: a collection of poems and stories

Songs for My Father: a collection of poems and stories
by Kevin Rabas 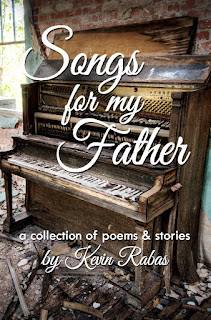 From Eat Fast:
My father, who brought home good money from his job at the site, kept us well fed, told us to get “desk jobs,” urged us to “study up,” fattened, lost his mind slumped in blue TV light. Retired, he tried keeping bees, keeping chickens, growing tomatoes, collecting antique crocks. But in the end, he ate chips. His face placid, the light left his eyes/irises, two blue tubes. He walked slow. His speech slurred. He’d shake your hand and say he loved you. But nothing, nothing held.

“There is something of the kernel of reminiscence in Kevin Rabas’s work, a sense that for all its artfulness, the poems are the purest distillation of memory and feeling. At its heart, this collection pays homage not just to a particular feisty father, but to all fathers that we love in their peculiarities and imperfections. The writing is deft and observant, with an understated humor and warmth. At the same time, it is a celebration of ‘the lick and needle of fire, song,’ that is, to the making of music. Through Rabas’s words, we are welcomed to an insider’s view of a drummer’s realm, where we learn of the timekeeper’s measured ticks and splintered drumsticks.”

“Kevin Rabas creates poems and stories that lay bare the soul of this poet, musician, husband, father, and son. His words are visceral and true, deeply personal, and ultimately universal. Songs for My Father is his bravest collection to date, as he explores the complex, occasionally contentious, but always loving, relationship between father and son. Rabas’s poems hum with the spirit and tempo you would expect from this noted jazz drummer. If you have a father or you are a music lover or you quest after the truth, you will savor Rabas’s latest offering.”

–Michael D. Graves, author of To Leave a Shadow 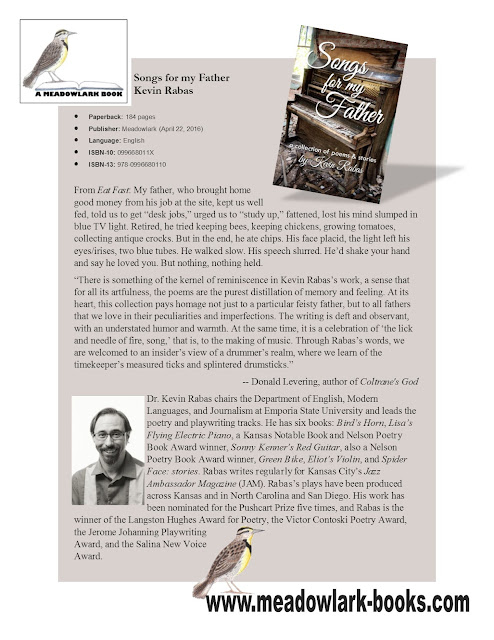