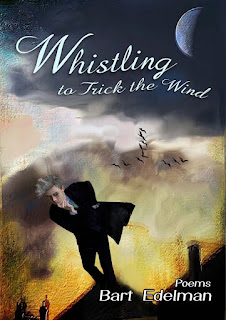 Meadowlark poet Bart Edelman (Whistling to Trick the Wind, 2021) was recently interviewed by Pasadena Weekly! Read the article in full below or click HERE to read the original.

Writing is a pathway to grasping the human condition in this chaotic world for Pasadena author Bart Edelman.

If it’s politics, life and death, or his personal life wearing on him, Edelman turns to writing to seek closure. His latest effort is his seventh published poetry collection, “Whistling to Trick the Wind.”

His 54 poems have a variety of narrators and characters, and they are divided into four sections — yellow, red, black and white.

“The colors are a nod to Native American literature and the way certain tribes experience the wind,” he said. “Together, they represent life and spirit. But, also, the transition from bright colors to dark, symbolizes completion.”

“You can always find something to write about,” said the former Glendale Community College professor.

“It’s how to take an idea and honestly create something out of that, that is open enough to allow readers different interpretations. It’s a fascinating process. But if you use too much of one element, it may be expected for every line to have that element. It’s, basically, threading a needle.”

Fiction or nonfiction, Edelman believes no writer sits down to create in a vacuum. Stories are told, they are related to, and they’re what encourage him to keep writing his reflective poetical stories. They create connections and help make life a chewable size. 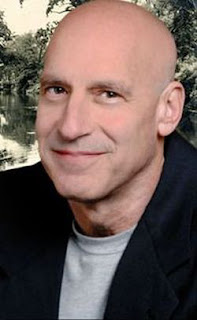 In “Whistling to Trick the Wind” and in his earlier poetry collections, Edelman uses fictional characters to better communicate his ideas.

The book asks the question, what makes this life worth living? The last poem in the collection inspired the title. A man whose life ended on a very individualistic level, loses his family and what he once had, now, seemingly, alone.

“It’s easy to say, ‘Oh this poor guy’s life has ended with nothing.’ But he seems to have this relationship with God, at the end of his life, and that makes him think his life was worthwhile.”

This poem is a mirror image, somewhat off-putting to the audience, yet makes sense for the character. Edelman explained how it opens a new perspective that encourages the reader not to relate the poems to themselves, but to, instead, gain perspective from someone else.

“Whistling to Trick the Wind” portrays an overarching theme of what Edelman describes as individuals accepting where their lives have led.

“While it’s rarely perfect, it’s certainly worth the living.”

As with every writer, Edelman wants to influence the world in some way. “I’m just hoping that I’m providing a forum for people to think about the perspectives they have and why they do the things they do, and believe in the things they believe.”

In a world divided, Edelman lives in a gray shadow. “Living in black and white is such a curse.” He explained how getting stuck in a narrow mind doesn’t allow one empathy.

Now retired, Edelman said he believes “poetry can be employed in  many ways. It’s like all literature. The more people read about other people’s lives, plights and struggles, the more empathetic we become for each other.

“I’ve had students get up and leave the classroom because of a poem, and I always want to know what about the poem hit that nerve in them. It often has to do with politics, prejudice, religion or sexuality.”

Wanting his students to stray from existing in that oh-so-common black-and-white world, he encourages them to lead rather than leave.

“I’m trying to teach students to speak up, be skeptical and question authority,” he said.

“It starts with professors. If students feel their teachers are dogmatic, they should challenge them. I’ve been incredibly fortunate because I’ve been able to teach at a level that’s allowed me to have a close relationship with my students. In these classes, every day, the students have always taught me.”

Taking a moment to thank his publisher, Edelman said, “I think Meadowlark Press does great work. They’ve gone above and beyond for me, and they’ve given me so many different opportunities. I really appreciate how they treat their authors and the mark they’re making across the poetry landscape.”

Before picking up “Whistling to Trick the Wind,” he offered a few tips.

“I want readers to have an open mind because they will face self-examination,” Edelman said.

“There are narrators they will like and dislike, similar to the people we interact with daily. I want the audience to read the poems with eyes open and see the humor in life. To perceive the normal, universal questions being offered — and enjoy the work.”

Whistling to Trick the Wind

Ran out of words—
One letter at a time—
Found no use for them.
Spoke in speechless sounds
Only the deaf can hear.
Lost his job,
Refused to repeat destinations
The train passed as it wound its way
From the mouth of Manhattan
Through the belly of Brooklyn.
Gave his friends the heave-ho
When they requested an intervention,
Paid the neighbors for their services,
Climbed up the roof in the dark
And communed with the moon.
Came to believe in a God
Whose perfection was never in question,
Promised to wire his mouth shut
If the Almighty would agree
To keep his miracles to himself.
Lived a rather fruitful life
In the company of boulders—
Too old and tired to converse—
Took his final act of contrition,
Whistling to trick the wind.

Email ThisBlogThis!Share to TwitterShare to FacebookShare to Pinterest
Labels: Bart Edelman, Whistling to Trick the Wind