Kansas Poems by Brian Daldorph was recently reviewed by Sam Smith in The Journal: Issue #63. Below, for your reading pleasure, is an excerpt of the review, as well as a few of the poems mentioned in the review. Enjoy! 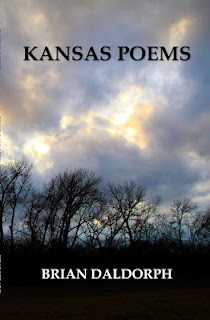 "His one page vignettes – lives of quiet desperation and small betrayals – tell of much that can only be in Kansas – fireflies, motels, Main Street, summer porches, memories of Vietnam, copperheads, scorpions, other uses made of cemeteries... But there are also odd resonances, for instance with Dylan Thomas – of prairie grasses “...might as well try to chain the sea.” Of others who went '...gently into that good night...' He tells of lives on hold, '...When nothing matters anyway / it might as well not matter here...' The Prodigal Son. A universality too -

...Damn politicians never change,
the old soldier knows that,
they’ll sell you out for a penny,
cut your heart out for ten. …

Old Soldier
Whenever I find a poem that I believe perfect I want to share it with whoever is near me at that moment. This time it was Steph who got to hear me read out Brian's The Water Bottle. So on the money. Nor was it by a long shot the only one. Last Gasp Motel with its neo-Kerouacs; Andean Condors, Topeka Zoo, Kansas; and there's several on The Fossil Man; a few on the brutality inherent in American football... So much to broaden one's horizon. Get them as wide as Kansas?" 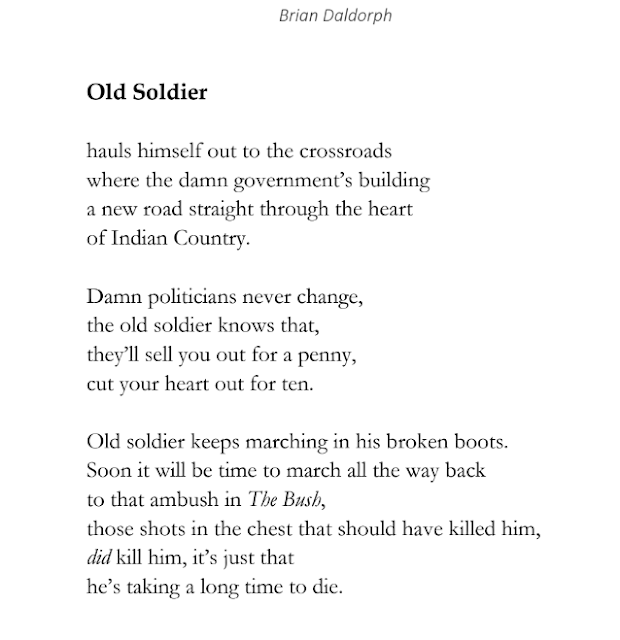 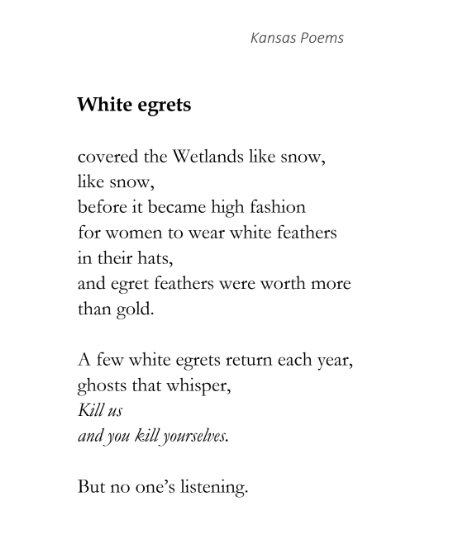 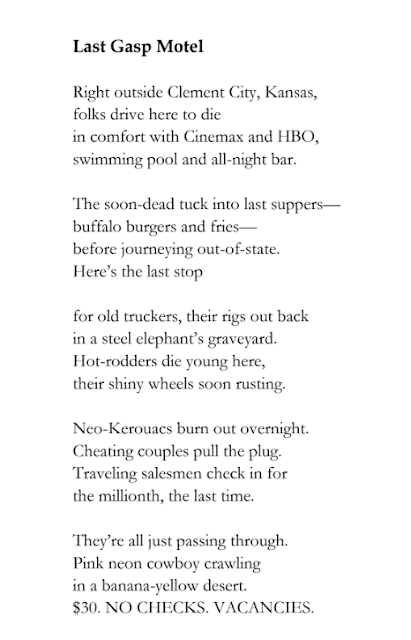