THIS SATURDAY at 7 p.m., Kevin Rabas, Meadowlark Press, and you folks will be joining each other for the More Than Words virtual book launch celebration (make sure to register)!

Here are four poems extracted from each of the sections of the book, as well as an additional bonus poem from the bonus chapbook you'll receive when you order your copy of More Than Words. 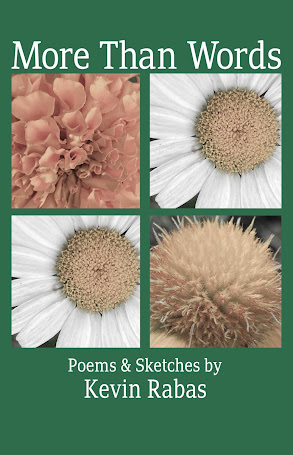 Neon Above All of the Clubs

This is Parker’s town

still, home of those

if they need to, bop,

About that time we left the locker room through a cloud

When Spindly held Sam up against the lockers, Spindly’s fists at Sam’s shoulders, pinning him, I thought of Spider-Man, how he would have cocked his legs and given Spindly a quick kick and sprung into the room, taken all of those pock-faced bullies out. Middle school was like that, bullies fighting their own faces—with razors and zit cream—then taking it all out on you, hoping to turn your face red, too. We learned to ball our fists when we heard our names. Don’t wait. Don’t get hit before you’re ready to put at least one punch up, at least draw a purple bruise across a chin or chest, leave a mark before you go down. That way, you might not be the mark next time. That way, they know you have some scrap in you. We were all little. We were alone when gym was done, there in the locker room. The only time I saw coach stop a fight, all he did was turn all of the shower heads on. The room soon a cloud, and the little ones, we fled first from the plume, as if behind us there’d been fire or a bomb. We never looked back, not for fear we’d turn to salt, but because everyone knows you run better if you never ever turn.

to college in liberal

with vegetarians. Every once

on a date, eat meat.

so even our little town

at night, the only cars

parked at a diagonal

people out for st. pat’s day,

and I lug in my drums, play

with the snares off,

and I try not to touch

anyone, but a fan or two

give us hugs, take hold

of a hand with that

I’m really not that famous,

thinks they know me

and wants to touch.

Down the block again the sound of basketball on driveway, the thud and uptick, a bounce that means the ice is gone, the snow pushed to the side, the season changing, getting better. 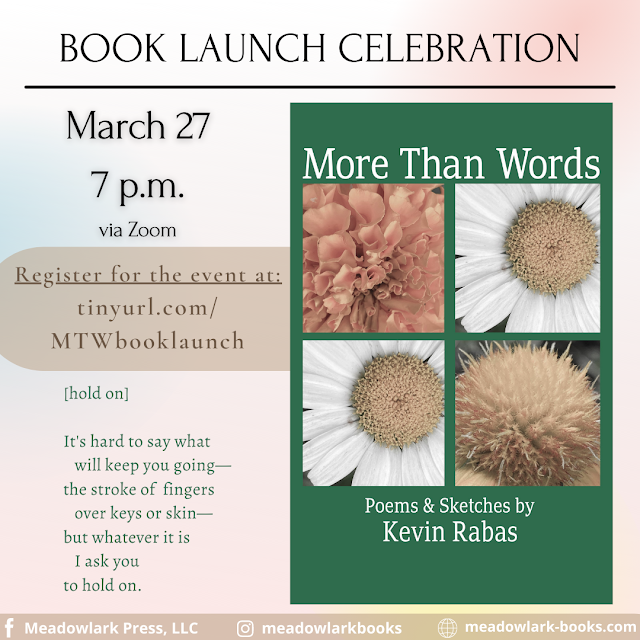 Email ThisBlogThis!Share to TwitterShare to FacebookShare to Pinterest
Labels: Green Bike, Kevin Rabas, Like Buddha-Calm Bird, more than words, Songs for My Father