From the Publisher's Desk: Three New Books of Poetry

What an eventful year we are having at Meadowlark. We have two non-fiction books published and making their way into the hands of some very happy readers, followed by three new books of poetry that should be available by the end of this month. I thought I'd take a moment to introduce you to our poets, all new to the Meadowlark bookshelf in 2019. 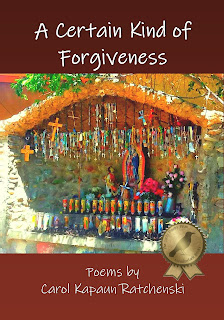 Carol Kapaun Ratchenski's A Certain Kind of Forgiveness, is the winner of The Birdy Poetry Prize, 2019.

Carol is a lifelong resident of North Dakota, where you can see the sky without ever looking up and the open spaces demand art. And sometimes, love. Her first collection of poetry, A Beautiful Hell, won the 2016 Many Voices Project and was published by New Rivers Press. A Beautiful Hell has since been adapted to the stage by Laurie J. Baker with the support of Theater “B” and Humanities North Dakota. Ratchenskiʼs first novel, Mambaby was published in 2013 by Knuckledown Press. Her work has appeared in Gypsy Cab, Red Weather, North Dakota Quarterly, Wintercount, Lake Region Review, Dust and Fire, Dash, NDSU Magazine and others as well as in the anthologies Resurrecting Grace: Remembering Catholic Childhoods, edited by Marilyn Sewell, Beacon Press, 2001, The Cancer Poetry Project: Poems by Cancer Patients and Those Who Love Them, edited by Karen B. Miller, Fairview Press, 2007, and Visiting Bob: Poems Inspired by the Life and Work of Bob Dylan, edited by Thom Tammaro and Alan Davis, New Rivers Press, 2018.

Carol is a Licensed Professional Counselor and the owner/operator of Center for Compassion and Creativity in Fargo, ND, where she also lives. She is at work on a second novel while she prepares to be honest, loving, disruptive, and groovy at age sixty. 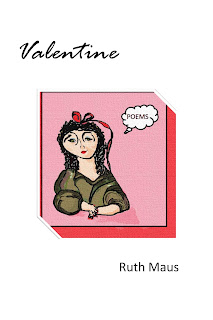 Ruth Maus, a native of Topeka, Kansas, has pursued a love of learning around the world, with languages, curiosity, and an appreciation for all beings a constant thread.
She represented Smith College at the annual Glasscock Intercollegiate Poetry Contest where past contestants have included James Merrill, Sylvia Plath, Katha Pollit, Mary Jo Salter, James Agee, Frederick Buechner, Kenneth Koch, Donald Hall, William Manchester, Muriel Rukeyser, and Gjertrud Schnackenberg. Her poems have appeared in Inscape, Grecourt Review, Lighten Up Online, and Orchards Poetry Journal.

Valentine, Ruth's first book of poetry, is a finalist in The Birdy Poetry Prize competition, 2019.

She currently lives in Topeka where she writes poems and studies at Washburn University when not teaching animals amazing tricks with which to bore her friends. 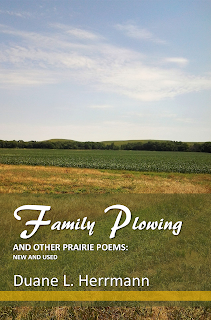 Duane L. Herrmann was born in Topeka, Kansas, in 1951 and grew up on a nearby farm. Beginning at age two and a half he was expected to share in the care of his younger siblings and chores. This increasingly progressed to age thirteen when he managed the house half the summer while his mother was away. When she returned he was put on a tractor to begin farming. He farmed until his father was killed the year before he left home for college. Away from home he discovered and embraced the Bahá’í Faith. And, he began to write in earnest; at home that had been forbidden.

His first poems were published in 1969 when a senior in high school. Also that year his drama teacher wanted to produce the play he wrote for a class project. In college his first news articles and more poems were published. In 1974 he married, which produced four children but little writing.

In 1986, after he had built the house his family lived in, he achieved his first commercial sale. In 1989 his first book, as well as his first chapbooks of poetry, were published and he received the Robert Hayden Poetry Fellowship. The marriage ended, but he continued to be very active in his children’s lives and wrote more.

His poetry, histories, memoirs, fiction, and children’s stories have appeared in a dozen countries in four languages and can be found in libraries on three continents. He has received prizes or recognition from the Kansas State Poetry Society, Kansas Authors Club, Writers Matrix, Ferguson Kansas History Book Award, Kansas Poets Trail, Kansas State Historical Society, and Map of Kansas Literature.


Visit the Meadowlark bookstore online to place your order! We also encourage readers to shop for our books at their favorite independent bookstore. If your bookstore does not carry the Meadowlark Book you desire, ask them to order it! Our books are available wherever you shop for books. 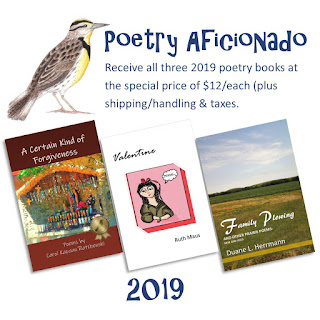